A bursa is a fluid filled sac found in joint and assist in reducing friction in joint capsules. Bursitis therefore is the inflammation of the bursa in joints which can be caused by infections. Common locations for bursitis include elbow, shoulder, hip and knee joints.
Common location for hip bursitis is on the side of the hip whereby a large tendon passes over the bony bump-greater trochanter- on the side of the hip. Inflammation between the trochanter and the tendon is commonly known as trochanteric bursitis a condition commonly in older people and athletes.

Hip bursitis is characterized by pain on the hip over the bump that forms the greater trochanter. As the problem progresses it results in limping and stiffness of the knee joint pain later also gets to one at rest after overtime and later even at sleep.
People with bursitis are in constant taking of pain killers that are strong so as to relieve the pain because of suppression of the nerve at the joint capsule and one should reduce random movements until treatment is given appropriately.

In younger individuals its can be treated non-surgically through physical therapy and use of anti-inflammatory medications.  Improving the muscles of the buttocks (gluteas maximus, minimus and piriformis)will help the femur to move in the socket freely and reduce friction in the join.
When all non-surgical procedures fail the doctor will recommend for surgery. There are several surgical procedures. The procedure involves removal of the thickened bursa to remove the bony spur that have formed on the greater trochanter and to relax the large tendon of the gluteaus maximus. Some surgeons lengthen the tendon others remove the tendon that rubs the greater trochanter

Even if one undergoes surgery or not one has to ensure proper care of the hip. The doctor will advise the patient to go for a physical rehabilitation to stretch and strengthen the hip joint. One should maintain flexibility and balance of the hip to treat the pain. Your physical therapist will give you exercise regimens to hasten the recovery. 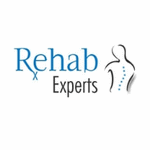 We, the Rehab Experts are licensed and well-trained rehabilitation professionals comprising of medical doctors and physical therapist or physiotherapist who are here to help you overcome your physical disabilities at the comfort of your very home. We have more than 10 years of professional experience and training here and abroad to provide you with the best care possible.